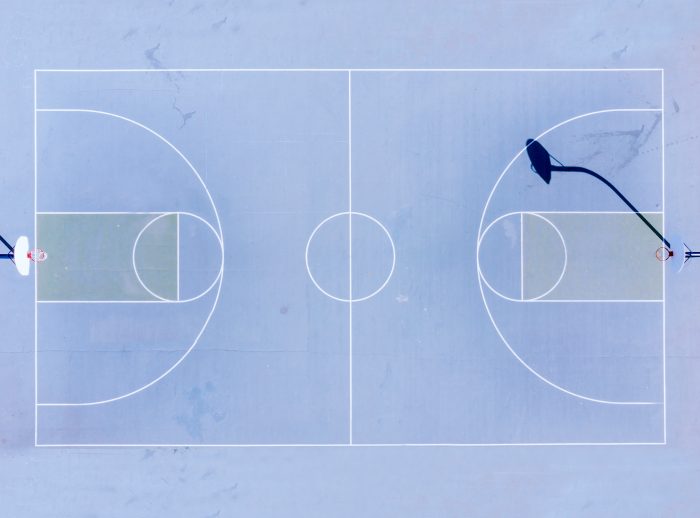 I recently watched a video that perfectly illustrates the parallels between sports/fitness and the business world. Gregg Popovich (coach of the San Antonio Spurs for the past 20 years, longest tenured coach of any major US sports league, holds the record for most consecutive winning seasons at 19, won 5 NBA championships, 3x NBA Coach of the Year, and a gold medal from coaching in the 2004 Olympics…) spoke at a clinic in Germany for the World Association of Basketball Coaches. Needless to say, he is unanimously considered one of the greatest coaches of all time and is full of insights on how to run a successful organization.

His talk is about 30 minutes long and I put a link at the bottom for you to check it out when you get a chance. Whether you are a coach, business owner, CEO, or simply an aspiring leader I HIGHLY recommend you take the time to watch it! The interesting part is how he opens the talk. Although the bulk of the clinic is understandably about basketball related plays and strategy, he wanted to go a little deeper into how the Spurs organization has been so successful. Unsurprisingly, it’s not just what plays they run since, as he puts it, “Everybody sorta knows O’s and X’s”.

He goes into so many facets of their system that I watched the video about 4-5 times and got something new each time, but as you watch it pay special attention to the following 5 points.

Strategy is NOT the most important aspect of success:

“How do you get something out of someone who’s selfish, or doesn’t really compete the way you would like…All those things have more to do with winning and losing than being able to draw a certain kind of play.”

Strategy is great. He even mentions that there is a certain level of knowledge and skill that is required and if you can’t even draw up a play to get the ball in bounds then you shouldn’t be coaching. However, the important aspect is the relationships between those in the organization. No, this doesn’t mean you have to be best friends with everyone. It means that you should pay even MORE attention to the organization than the tasks each person has to accomplish.

Bringing in people of high character is your biggest priority.

It’s easy to focus on “skills” when recruiting and hiring, isn’t it? It’s partly due because it is a lot easier to look at metrics and make a decision. We look at P&L sheets and KPI’s. We evaluate retention rates and trends. It can be very challenging to look past that to the core of someone’s character. It IS true that there are times someone comes across as trustworthy and ends up being someone different but I believe the point Popovich is trying to make is when you see those selfish tendencies, don’t write them off as something that you can “fix” or that it won’t matter. There will ultimately come a moment when it is revealed (it’s often ugly…) and you will kick yourself for not taking character seriously.

It is YOUR responsibility to surround yourself with people you enjoy

“You want to enjoy yourself! Seasons are long, there are lots of different situations you are in, if you wake up in the morning and you are a grown man or a grown woman, do you want to spend your day with jerks? Do you want to hate yourself going to practice because you hate this idiot?…I look at teams that are just loaded with talent but all the players are angry because they aren’t getting enough minutes or the coach isn’t playing me the right way, I should have done this, well it’s YOUR fault for putting that group together.”

He does have a caveat after this statement that you DO have to have a certain level of talent to be successful. You can have a bunch of super nice guys but if they aren’t talented or skilled then you won’t win that often. The key here is to accept your role as the coach or leader and take responsibility for who is on your team. A team that is talented AND enjoys working together is a difficult one to beat!

Utilize your “Bench”, those team members that aren’t your #1 star performers

“I use my bench a lot and some coaches are afraid to do that because maybe you’re gonna lose. But it’s important to develop the bench and the bench is going to be VERY motivated. Especially on those nights when you’re playing a poor team and they get an opportunity to get more minutes that night…you’ll be surprised sometimes, you’ll find a player, you’ll find that so-and-so deserves more minutes or complements the starting team very well.”

With large teams or organizations it is certainly common to have those “star” players that keep getting all the best assignments, but in small organizations that person is often you! It can be hard to delegate certain responsibilities when you know that you can do it better. The problem is that you (and your star player) can easily get overwhelmed with trying to do everything. And like Popovich mentions, you often find someone is far more capable that you first thought.

“For us, the thing that works best is total, brutal, between the eyes honesty…you don’t have a different system for Duncan, Parker, and Ginobli than you do for number 12, 13, and 14. And a lot of people are afraid of that. You want the best player to like you…it won’t work. It will bite you in the bum after awhile. You need to have the same standards for everyone.”

He is very careful to point out that this has NOTHING to do with how you deal with different personalities. Everyone is different and responds to different methods of motivation. The important takeaway is making sure people understand that the expectations of the SYSTEM are the same for EVERYONE. And once those systems are in place, you as the leader should be unflinching in your honesty and assessments. Not that you have to be mean or rude, but one of the biggest frustrations I have seen in workplaces is that employees don’t know where they stand with their boss. Are they pleased? Angry? Frustrated? What are expectations? Be upfront and honest from the beginning.

Allow voices to be heard, and then move forward with a unifying decision

“We have a participatory sort of arrangement because the first thing that will wreck a team is the tension there might be between ownership and the coaches, and the managers, and everyone has their own territory and is ready to point…all of a sudden you see everyone start to get defensive and marking their territory like a dog. And the walls go up. And then it’s over…we do everything as a group…we discuss it, we argue. In a room there might be 20 people in a room…if we win a championship or lose in the first round, we did all that together and life goes on.”

Have meetings, discuss, argue, voice your thoughts and ideas…once that is over, a decision gets made and EVERY.SINGLE.PERSON has to be able to move forward in support of the organization. People are WAY more likely to stand behind a decision that didn’t agree with if they know that they were heard and part of the process. Your team has to be able to understand and accept the fact that they won’t always get their way, but that they will always be part of the process.

“Tim Duncan, you might think he doesn’t even speak. But he does it differently, he does it by example…he does it with a tactile sense. It sounds strange but he touches people all the time. It’s magnetic…he’ll pull them over to the bench and he’ll have his arm around them or his hand on the top of their head and he’ll sit down.”

Your business may not be conducive to a slap on the butt after a great play (actually, it’s almost DEFINITELY not…don’t do that…) But the takeaway is that it’s easy to pay attention to the vocal leaders and the ones that are always talking. Keep an eye out in your organization for those leaders that may not always be loud, but have qualities that get people to follow them. Do they stay late to work on a project? Do people always go to them with questions? Are they encouraging through their attitude and demeanor? Give them some freedom to be themselves and watch them pull others along with them in support of your vision.

You have done well in your life, right? Seen great successes…but there is something missing. You can do more. Together, we will discover what that is.